The mayor of the city of Atlanta was fighting for his life this morning, after the city became paralyzed following the massive snow and ice storm, “Leon.” Hundreds of people spent the night stranded on freeways, at work, and in Home Depots (and who knows where else). A woman reportedly gave birth in a car, and more than two thousand children and  their teachers were stranded at school overnight.

Kasim Reed’s political life, that is, is suddenly in critical condition following an interview with CNN’s Carol Costello. During the segment, the mayor appeared to accept no responsibility for his part in the failure of the city to adequately prepare for the inclement weather.

Costello insisted that, “There are some people who say that those children should not have been placed in that position.” Extremely irritated by the probe from Costello he shot back that the Atlanta City Public Schools is responsible for making the call for all school closings, not him. It seems that all of the officials are throwing one another “under the bus.”

The media and citizens across the nation are appalled at the city, and state government officials, and their blame-shifting antics following the disaster. The CNN website is flooded with accounts of the misery there. When you clearly drop the ball, the best thing to do is pick it up, and accept responsibility! Then move forward.

At this point, who is to blame is the small issue. The bigger issue can be summed up in one question: “Now What!?” Really, there is no gear that the city can shift into as of noontime Wednesday, to erase the cold, hunger, fear, and danger from the minds of the people of Atlanta.

“Breaking news: Georgia State Gov. CLOSED…STAY HOME TOMORROW,” is currently posted in the blue bar on CNN as I write. I want so desperately to scream, “Ya think!?” I am not a government official. I never will be, but I do believe that if both Mayor Reed and Governor Nathan Deal could turn back the hands of time, this would have gone down differently. However, right now, the people want someone (ANYONE) to simply say, “My bad.”

Further, if the National Weather Service alerts us that a storm is coming, and issues a WINTER STORM WARNING, you can kiss the baby! They did just that as early as Monday night! I live more than ten hours northeast of Atlanta. Eastern North Carolina schools dismissed as early as noon on Tuesday. We knew to get to the store, run our errands, and to be in place by the time the first flake fell.

To argue that Atlanta doesn’t get snow regularly falls on deaf ears when the city went through a similar situation back in 2011. Reportedly, there were about four salt trucks available at that time. Currently, the city is said to have more than 70 trucks. In any case, officials have been reactive rather than proactive in both cases.

Governor Deal stated during the press conference on Wednesday, “I’m willing to take whatever blame comes my way, and if I’m responsible for it, I’ll accept that.” Whew! Thanks! That’s just like saying, “I’m sorry that you feel like I hurt your foot when I stepped on it, but, you should stop putting your feet under mine while I’m walking.” 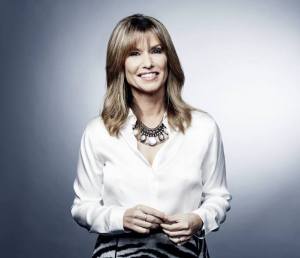 Lets recap. It’s the meteorologists’ fault for forecasting the wrong total (one inch off is just unconscionable!). It’s the school system’s fault for not dismissing school earlier. It’s the state’s fault for not taking care of the interstate. Great! While the finger is being passed around like a hot potato, the sun will set in less than six hours. Enter day two. Who’ll be the blame for that? Let’s see if God will be available for an interview later.

If He is, I hope He’s ready for Carol Costello. Shes a beast!

4 thoughts on “Atlanta Traffic in Paralysis”